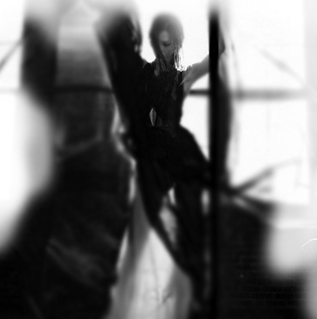 Once upon a time, in a house at 77 Rainey Street lived a sassy flapper named Lucille. Throughout the 1920s, Lucille used her house for late night singing, dancing, carousing and generously doling out fancy libations. She loved everyone she met, and everyone she met loved her.

So it’s no surprise that one evening in the dead of summer, Lucille met a handsome stranger at one of her legendary parties. After a night of talking, drinking and very little sleep, Lucille vanished—some say into the morning fog with her mysterious swain, some say into the house itself. She was never seen again.

For years, 77 Rainey Street sat empty. Seasons passed, letters went unread. Spider webs flourished in the brown, dry garden. Neighbors often loitered outside the abandoned house, and some swore they could hear the tinkling of a piano and the clinking of ice cubes on still nights

In our effort to satisfy thirsty Austinites and to call Lucille back home, we dedicate this bar to her—so stop in for a drink, and stay for a while.